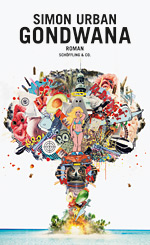 >> a fast-paced satire on religious systems

On the Pacific Atoll of Gondwana, the highest representatives of the monotheistic faiths have combined forces and subjugated humankind to a single religious regime: all the rules of all the religions now apply to everyone.
But then a murder on the island shakes the foundations of this fragile idyll.

Following his international success PLAN D, Simon Urban has written an unsparing reckoning with every kind of religion.

Ralph Niese, born in Leipzig in 1983, is graduate from the Academy of Visual Arts in Leipzig. He has contributed to over 30 international comic publications.
His pulp-inspired comic illustrations lend explosive power to this chaos. 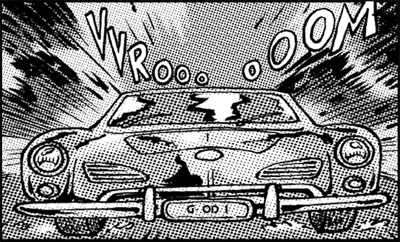 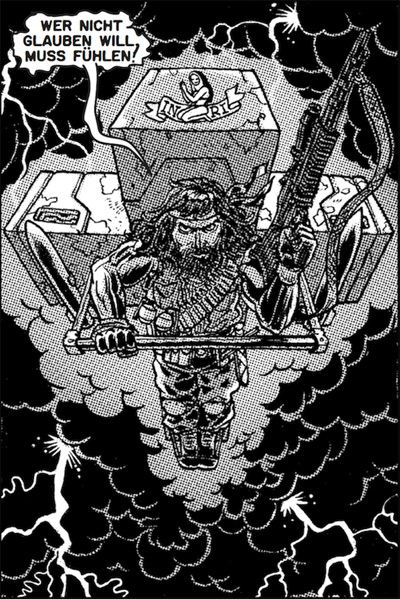 »A loud and funny book.«
KulturSPIEGEL

»The novel is a humorous and provocative reckoning with fanaticism.«
Hessische/Niedersächsische Allgemeine

»Urban’s second novel GONDWANA draws from the passion for the trivial and challenges literary genre rules. Language is employed and exploited with relish in order to desacralize the sacred. (...) A recommended read for dogmatists.«
Deutschlandradio

»A critique of religion in the form of pulp fiction. A mixture you've got to try!«
METRO

»The criticism of the interlocking of politics and religion is at the core of Simon Urban’s GONDWANA, which – as he explains – subliminally developed in his mind for some time. Patriarchal structures, indoctrination and hypocrisy are all included in an often hilarious and bloodcurdling story with unexpected twists and turns.«
NDR online

»Outspoken religious criticism gives the novel its particular spark, which is only to be topped by the novel’s ingenuity and sharp tongue.«
Der Westen

»In his new satire GONDWANA, Simon Urban deals with the different religions and drafts a visionary scenario, which will blow your mind. (...)
The parallel universe Simon Urban has so successfully created in PLAN D he now takes to an extreme one has not read the likes of before. Evil, urgent, highly entertaining. On top of it all, interspersed with comic drawings of Ralph Niese.«
Nochtspeicher

»Urban's prose surprises again and again, it is full of crazy situational comedy, glib dialogues, pithy macho-talk (Ahorn: ›I can do anything that needs to be done‹).«
Museum Nottbeck

»Simon Urban has created a wonderful piece of pop-literature, a religuous satire built with wicked black humor, but profoundly philosophical in some parts.«
Thebookfather.wordpress.com

»Simon Urban has a fresh voice destined for narrating. (...) He has taken on a major project, and has risen up to the challenge with linguistic verve.«
Frankfurter Allgemeine Zeitung on PLAN D

»That this book is absolutely convincing, also beyond its setting, is due to the fact that 35-year-old Urban is a master of literary composition. (…) Funny and pointed.«
KulturSPIEGEL on PLAN D