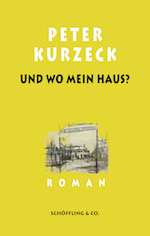 »Once you have read Kurzeck, it is impossible to imagine a world without him. The world takes on its authentic tone.«
Andreas Maier

»What Kurzeck achieves here in terms of memory work is once again grandiose, [...] all in his famously short-breathed prose sound with its many elliptical sentences.«
Gerrit Bartels, Der Tagesspiegel

»The [first] hundred pages contain everything that makes Kurzeck special in German literary history: his inimitable flow of thoughts and associations [...] and a [...] ruthless [...] self-analysis.«
Andreas Platthaus, Frankfurter Allgemeine Zeitung

»In this volume, too, [there is] that gentle melancholy that is peculiar to the rememberer. Kurzeck thus becomes a preserver of the fading, a chronicler.«
Ulrich Rüdenauer, Deutschlandfunk Büchermarkt

» [...] and it must be said that this fragment is one of the most beautiful texts Peter Kurzeck has ever written [...].«
Christoph Schröder, ZEIT online

»Of the survivors, of deplacement: Peter Kurzeck's novel fragment And where my House? is poignant and very topical.«
Claus-Jürgen Göpfert, Frankfurter Rundschau

»The volume should become compulsory reading in schools; here one learns more about the lifeworld of displaced persons than can ever be conveyed in the classroom.«
Dagmar Klein, Gießener Allgemeine