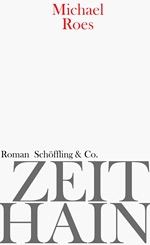 >> The most dramatic father-son conflict in German history, impressively retold

In the eighteenth century, the small community of Zeithain in Saxony witnessed one of the most harrowing dramas in German history: The young Crown Prince Frederick – later Frederick the Great – is suffocating under the strict rule of his father, Frederick William I, nicknamed the Soldier King, who is bringing up his son with an iron fist.
In desperation, Frederick turns to his friend Hans Hermann von Katte, begging Katte to help him flee abroad. Katte, an officer of the king, finds himself torn between friendship and duty. Although he tries to dissuade the young Frederick, eventually he agrees to help, and when the young prince’s disappearance is discovered, it is Katte who must pay the price: to set an example, the furious Soldier King has him executed in front of his son.

Nearly three centuries later, a distant descendant of Katte, Philip Stanhope, sets out to learn more about him. Who was this Hans Hermann von Katte? He, too, grew up with a strict, distant father – could he have acted any differently? Stanhope travels to the places where Katte lived, immersing himself in the pietistic world of Prussia and revealing how powerfully its values and emotions still shape us today.

Michael Roes’ novel is a fascinating historical journey, and a timeless literary exploration of paternal expectation and filial rebellion.

»Roes aptly manages to give an adequate and convincing voice to Katte in his position as a protagonist and narrator.«
Frankfurter Rundschau, Judith von Sternburg

»Roes gives [Katte] a voice and a face (…), making him the hero of a story that tries to span three centuries of history and continues into our present.«
Andreas Kilb, Frankfurter Allgemeine Zeitung

»Michael Roes tells about how a historic tragedy was turned into a myth of social ascent, and about what connects us with the past. An impressive work.«
Tim Evers, Mitteldeutscher Rundfunk (MDR)

»A carefully researched novel which brings old Prussia back to life in a tragic figure and uncovering traditions that continue into present.«
Mareike Ilsemann, Westdeutscher Rundfunk (WDR)

»Delves deep into the thoughts and feelings of pietistic Prussia.«
rbb Kulturradio

»A great panorama of Prussian history (...) a historical painting, cultured and rich in detail, even exuberant.«
Axel Kahrs, Altmark-Zeitung

»Until the bitter end, Roes tells everything using a language as sober as it is smooth.«
Holger Schlodder, Allgemeine Zeitung