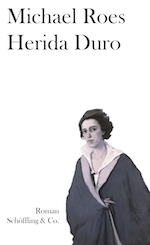 >>An intelligent and poetic novel about gender, social roles and breaking free

Herida Duro’s family has no male heir, so she is brought up in the Albanian mountains as a boy. As »Virgjinesha«, she has all the rights and freedoms of a man, but is forbidden to indulge in physical love. Leaving rural Lazarú, scarred by partisan fighting, Herida travels to the capital, Tirana, where she toils away at a slaughterhouse with her friend Gjon. While Gjon boards a refugee ship one day, trying to escape the misery and censorship, Herida – always a solitary observer among the other men – becomes a respected filmmaker with the newly founded »Cinema Studio«. Yet the state Albanian film industry is under the thumb of Socialist dictator Enver Hoxha; only in exile in Rome can Herida develop her work freely. She makes friends with the director Paolo Piermonte, and finds material that seems tailor-made for her in the shimmering metropolis for her first independent film.

Writing with great narrative power, Michael Roes interweaves Herida’s story with intoxicating dreams and archaic alternative worlds. He guides the reader through a life lived beyond the feminine or the masculine, a life on the fringe, a life in between – the place where true beauty lives.

»Roes describes the social structure of an Albanian village in the 1940s as knowledgeable and detailed as he evokes the Stalinist terror regime of Enver Hoxha in the Tirana of the 1950s.«
Silke Horstkotte, die tageszeitung

»A colossal work, a baroque literary painting. (...) Roes is one of the greatest storytellers of German literature, his tremendous linguistic skill is second to none.«
Dirk Fuhrig, Deutschlandfunk Kultur

»A journey from the periphery to the centre, from tradition to modernity.«
Mario Scalla, Hessischer Rundfunk (hr2 Kultur)

»A stirring narrative about life on the edge of Europe, beyond gender.«
Elisabeth Weller, lift