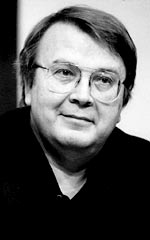 Born in Mannheim in 1943, Wilhelm Genazino lives today in Heidelberg as an independent writer. He used to work as a freelance journalist and later as an editor for various newspapers and magazines.
Alongside his novels and essays Genazino has published countless radio plays and writes for the theatre. His work has won many awards.