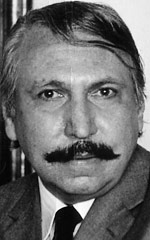 Ulrich Becher, born in 1910 in Berlin, ranks among the most significant exile writers in the German language.

As a student, he belonged to the circle around the painter and caricaturist George Grosz. Becher’s first book was burned in 1933 as 'degenerate literature'. Becher fled to Vienna and married the daughter of the satirist Roda Roda. After years in exile – in Brazil, Paris and New York, among other places – Becher lived in Basel until his death in 1990.

The German Bühnenverband Prize for Drama
The Swiss Schiller Foundation Prize
The Austrian Federal Cross of Merit, First Class, for Literature and Science