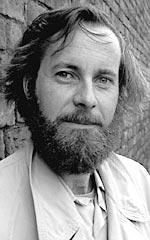 Peter Sager, born in 1945, first worked as an art critic and editor for radio until he became a journalist for the weekly magazine DIE ZEIT, with more than 250,000 copies sold. With his travel books on England, Scotland and Wales Peter Sager has managed to establish himself as the acclaimed expert on the British Isles.
He lives with his family in Hamburg.