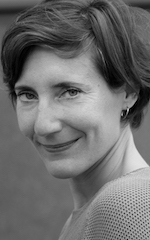 Julia Trompeter was born in 1980 in Siegburg. She studied Philosophy, German and Classic Literature in Cologne and obtained her doctorate later in Berlin and Bochum. In 2010, she was a finalist in the open mike poetry slam competition.