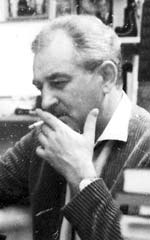 Jens Rehn (1918-1983) was a German navy officer who commanded a submarine during World War II. He was captured by Alied forces in 1943 and held in a British POW camp until 1947. After his return to Germany, he worked for RIAS (Radio in the American Sector) Berlin.