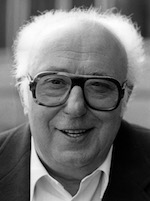 Horst Krüger (1919–1999) grew up in Berlin, studying philosophy and literature there as well as in Freiburg. After the war he worked for the Badische Zeitung and the Südwestfunk. As a cultural journalist, he became famous as a leading German travel writer in the tradition of Bruce Chatwin. The National Socialist past, the German division and the memories of his youth in Berlin always remained important subjects of his work.