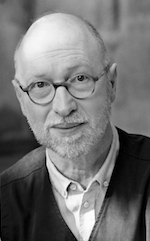 Burkhard Spinnen, born in 1956, received a PhD from Münster University and held several lectureships. Until 2014, he was Head of the Jury for the prestigious Ingeborg Bachmann Award at the Festival of German-Language Literature held annually in Klagenfurt, Austria.

Burkhard Spinnen has received many awards for his literary work. He lives in Münster with his family.