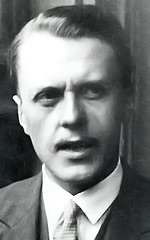 Bernard von Brentano was born in 1901 in Offenbach, Germany, son of a representative of the Reichstag and distantly related to Clemens and Bettina Brentano. A friend of Joseph Roth, he was correspondent for the 'Frankfurter Zeitung' in Berlin. With his essays 'Über den Ernst des Lebens' ('On the Seriousness of Life', 1929) and 'Der Beginn der Barbarei in Deutschland' ('The Beginning of Barbarism in Germany', 1932), he antagonized the National Socialists. After they came into power, all of his books were burnt at the stake.

In 1933 Bernard von Brentano emigrated to Switzerland, where he worked as a journalist and wrote three novels, among which THEODOR CHINDLER and FRANZISKA SCHELER. In 1949, he went back to Germany and lived in Wiesbaden until his death in 1964.